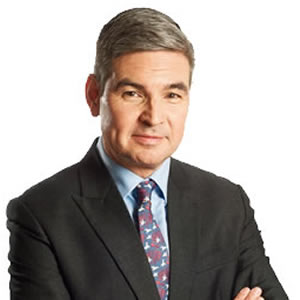 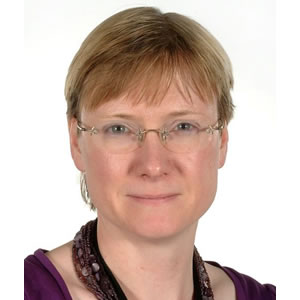 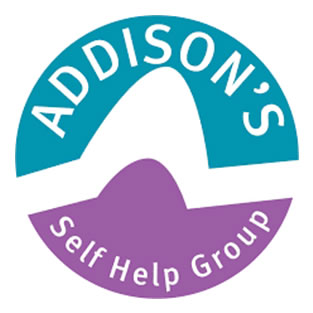 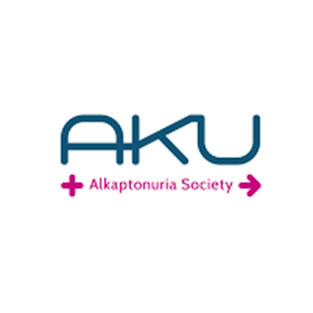 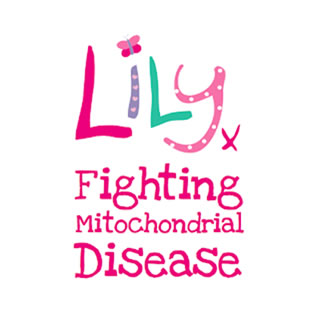 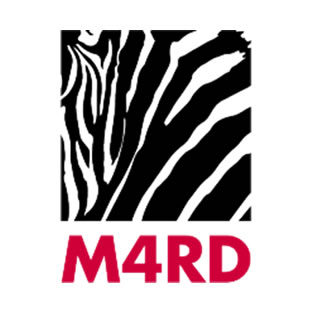 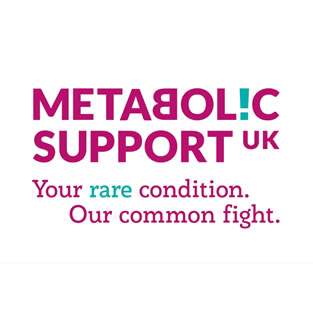 Rudy is a French Computer Scientist. He graduated from Imperial College London with a degree in Computing Engineering during which he worked under the supervision of Dr. Aldo Faisal in the bioengineering department. Passionate about health, he then moved to Tel Aviv to work at the Israeli medtech company Healthy.io focused on remote diagnosis as a software engineer and then as a Product Manager where he helped the team grow from 4 to 20 under 12 months. That same year, he set up and curated the first TEDMED event in London. He then pursued a course on impactful problem solving as the youngest graduate at Singularity University at NASA Ames. At Mendelian, Rudy is in charge of the product design and manages the company's day-to-day business.

Fran is a Spanish Industrial Engineer and business professional who started his career in Sales and Marketing Consulting in Pharma. After completing his MBA, he enrolled in the Corporate Finance practice of a global strategy firm where he conducted engagements across Europe for both industrial conglomerates and private equity investors. He then jumped at the opportunity to manage the Finance & Administration function at the Spanish start-up of a large UK car insurer, which enticed him to kickstart his own entrepreneurial journey. Over the past decade, Fran has been involved as a Founder or Seed investor in multiple successful B2C and B2B ventures, leading functions as diverse as Marketing, Technology and Governance. Fran met his Mendelian co-founders at Singularity University's GSP program at NASA Ames in 2014.

Dr Ignacio was awarded "Digital health personality of 2017" in Spain. He is a Spanish practicing Neurologist with strong interest in Genetics and Healthcare systemic changes. His background comprises Healthcare Management and Public Health Administration in the biggest health institutions in Spain. Nacho was Head of Strategy of the Ramon y Cajal Health Research Institute. He joined Mendelian as Chief Scientist while graduating from the GSP program at Singularity University at NASA Ames in 2014.

Dr Will Evans is the clinical lead at Mendelian and a practicing GP and academic. Will graduated from the University of Leeds MBChB in 2002 and works as a GP in Leeds. He completed an MSc in Genomic Medicine with distinction from the University of Manchester in 2018. Will holds an NIHR in practice fellowship award (Oct 2018 – April 2021) and works part time with the PRISM research group at the University of Nottingham. His research interests involve personalised medicine, rare diseases, genomics in Primary Care and large database analysis. Will’s eldest son Sam has Niemann-Pick type C, an ultra rare metabolic disease and Will is the current chairman of the board of NPUK the disease’s national charity.

Dr Orlando Buendia is a Peruvian Medical Doctor with an MBA from Manchester Business school and a master in public health (Health economics) from London School of Hygiene and Tropical Medicine. Orlando is the Head of clinical operations at Mendelian and assists with the health-economics team. He is a strong believer on equitable health access through digital health.

Dr Peter Fish is a South African medical doctor with a BSc Honours degree in Human Genetics and an MBA. He has founded and managed a number of IT-based companies. Peter focuses on medical genomics and assists Mendelian with both the medical and business development aspects. He is also involved in a translational genomics project at the Wellcome Trust Sanger Institute in Cambridge, UK within the COSMIC oncology division.

After graduating from Newcastle Business School with a Degree & Master’s in Finance, Holly began her career in healthcare, working with both private and NHS practices. In 2017, Holly moved to London where she began working in start-ups and through-out her career, she has gained significant experience in artificial intelligence, digital healthcare, Women's Health, Ophthalmology and Telemedicine. In 2021, Holly successfully graduated with an MBA, with her final thesis exploring how digital healthcare can change the economic cost of delayed treatment. Holly works with the whole team at Mendelian and is in charge of the day-to-day operations and running of the company.

After graduating with a degree in Physics from Portsmouth University and a PhD in Physics from the University of Newcastle upon Tyne, Alan took up research fellowships with universities and industry, where he developed computer simulations of magnetisation processes in magnetic storage media. Later, he transferred into the IT industry as a software developer. He has worked for many organisations, both private and public sector, in the UK and abroad.

Sneha is a health economist at Mendelian where her role includes the quantification of cost and resource impact of undiagnosed rare diseases on health systems. She has worked with big pharmaceutical companies such as Amgen, UCB and Dr. Falk and helped in delivering clinical and economic evidence for Health Technology Assessments. She holds a Master’s in Global Health and Policy from Queen Mary University. Prior to pursuing a career in Health Economics, she worked as a dentist in India.

Hadley has spent her career working towards smarter, more effective healthcare. As a senior leader at Pfizer, she worked across the rare disease & oncology portfolio building an expertise in developing new therapies and bringing them to market around the world. As the Head of Commercial & Partnerships at Mendelian Health, Hadley is furthering her passion for serving rare disease patients by ensuring they are never lost in the healthcare system. Hadley holds an MBA from The Stern School of Business, New York University and a BA from Columbia University. A lifelong New Yorker, she, along with her family, is giving life in London a go.

After graduating from Aberdeen Medical School, Pradeep started working as a Junior Doctor at Addenbrookes Hospital. Inspired by the surrounding start up culture, Pradeep became passionate with digital health and saw it as the future. Pradeep is currently working as a junior doctor and studying Genomic Medicine at the University of Cambridge, with hopes of learning Data Science in the near future. Pradeep is involved in Clinical Operations at Mendelian.

Lara is a Clinical Genetics doctor in London and works within Clinical Operations for Mendelian. She has a special interest in neurodevelopment genetic conditions and is passionate about improving quality of life for people with rare diseases, particularly through earlier diagnosis and provision of information and support for patients and families. She spent 5 years training in paediatrics prior to specialising in genetics, undertaking an Academic Clinical Fellowship in developmental neuroscience at University College London (UCL) during this time. Lara completed her medical degree with Distinction at Queens’ College, University of Cambridge, undertaking an additional year studying neuroscience for which she was awarded a Trends in Neuroscience prize in 2003. She undertook a PhD in Cambridge studying structural and functional brain phenotypes of neuropsychiatric diseases, and was awarded a British Neuroscience Association prize for her thesis.

Chanaka has over 20 years experience in the Healthcare industry. He graduated from King's College, London with a BSc in Molecular Biology and went on to work in various business development roles for some of the leading Pharma and private healthcare companies. Chanaka has since specialised in the Digital Healthcare sector working for large clinical system providers such as EMIS and as an independent consultant to a number of digital start-ups. He is also completing an MBA in Strategic Health and Social Care from Manchester Met University. Chanaka is hoping to combine his passions for digital health and genetics at Mendelian to make a true difference for those patients with rare diseases.

Jez is Head of Strategy at Mendelian. Jez graduated from Oxford University with a degree in Philosophy, Politics and Economics. After working as an economist across several government departments, he discovered a passion for healthcare in HM Treasury while working as a Senior Adviser to the Chancellor on NHS funding and policy. He moved from government to work for Kamet, a start-up studio, where he spent three years building health technology start-ups. Outside of work, he is a trustee for Headway East London - a charity supporting brain injury survivors and their families.

Margot started out as a Management Consultant for the healthcare sector (both working for IQVIA and as an independent consultant). Her experience includes bringing innovation to different areas of healthcare, devising product launch and pricing and market access strategies and designing go-to-market models. Following her time at IQVIA, Margot set up YourMind, where her initial goal was to bring innovation to an area that in 2016 was still highly taboo: mental health. She worked with a wide range of companies to help employees thrive and better manage their mental health. As founder, Margot was involved in everything including operations, product design and logistics. Margot graduated from UCL with a BA in Biomedical Sciences and from Oxford University with an MSc in Pharmacology.

James has over 20 years experience working extensively on both client and agency side. Graduating from University of the West of England with a BSC in Marketing, James went on to perform various marketing functions within the financial services sector before seeking a greater challenge and decided to set up his own creative agency. During that time he developed and executed effective B2B and B2C marketing and creative campaigns for a diverse range of companies and start ups across a variety of industries – including Health tech, Retail, Property, Civil Engineering and Transport. While working on the agency side for a number of independent health tech startups, James developed a strong passion for the hands-on culture of start ups and specifically digital health and its impact on people.

Lukyn is a global regulatory affair specialist and is responsible for ensuring Mendelian’s compliance with UK law. She graduated with a Masters in Global Public Health from Imperial College London and then went on to start her career in national healthcare policy. She worked with London councils and Public Health England to bring about gender-neutrality within the HPV vaccination movement as well as the Wellcome Trust on data sharing and Open Access research policies during the Ebola epidemic. Moving into the international sphere, she worked on field trials in India for mosquito larvicides and hospital high-level disinfectants combatting hospital acquired infections. From there it was a natural progression to complex product and medical device licensing and regulation in the US, India and China.