Mendelian-commissioned report reveals that while undiagnosed, rare disease patients have cost the NHS in excess of £3.4 billion

Mendelian-commissioned report reveals that while undiagnosed, rare disease patients have cost the NHS in excess of £3.4 billion 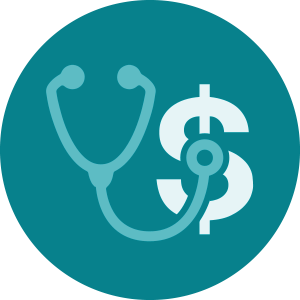 Today, Mendelian released the results of research we commissioned to look at, for the first time, the cost and resource impact that the lengthy process of diagnosing rare diseases is having on the NHS. The research, undertaken by Imperial College Health Partners (ICHP) and collated using the Hospital Episode Statistics (HES)* NHS Digital database of over 60 million patients, found that over the last 10 years, rare disease patients during the diagnosis period have cost NHS England in excess of £3.4 billion.

ICHP’s analysis of the data found a higher number of hospital visits and accompanying costs per rare disease patient when compared to the general patient population over the last 10 years, using a cohort of 258,235 patients diagnosed with a rare disease during a 12 month period (2017/2018). Although the rare disease cohort included in this assessment only made up 0.94% of the HES reported hospital population during 2017/2018, over the preceding 10 years, they cost an average of over 2X more per patient compared with other patients who had a hospital visit during that year - requiring more resources on average and more costs per treatment (indicating an average individual difference of over £7,000). Furthermore, in a comparison of 64 inpatient and outpatient procedures, the total cost for the rare disease patient cohort outweighed the costs of the comparative population in the majority of procedures.

We commissioned this enlightening research in order to build on existing knowledge and give a clearer picture of just how costly identifying these types of illnesses can be to healthcare systems. On a global scale, it is estimated that rare diseases affect 350 to 400 million people and around 1 in 17 people will have a rare disease at some point in their lives. Previous studies have also shown that rare disease diagnosis may take between 5 to 30 years, depending on the disease and healthcare setting and in the UK, it takes an average of 5.6 years, eight clinicians (including four specialists) and three misdiagnoses before the correct rare disease is identified.***

The ‘diagnostic odyssey’ for rare diseases is often fraught with emotional turmoil and suboptimal care for patients, frustration for clinicians and is also extremely costly for hospitals and associated trusts. This new research has given us a rare insight into the extent of this financial burden on the NHS and will hopefully also help us along the path to effective solutions, not just in the UK but also globally. At Mendelian, our mission is to help solve the problems around identifying rare diseases by using cutting-edge technology to enable physicians and hospitals to diagnose faster and more accurately, to the benefit of both patients and the healthcare systems that support them.

Get the full report

** Please note, the research data as described above is based on hospital activity and visits including all admissions, outpatient appointments, hospital day cases, and A&E attendances at NHS Hospitals in England. It does not include drug treatment costs (as this occurs post diagnosis) or primary care data (GP visits).

Get the complete report

Give us your email address to receive the complete report

By requesting this report you agree to Mendelian's privacy policy. The administrator of your personal data will be Mendelian, 239 Old Street EC1V 9EY London, UK.


If you liked this article maybe you will also find interesting the following in-depth articles about other rare diseases, like A Day In The Life Of...Holly Ward Regulation - Far More Than A Tick-Box Difficulties of Rare Disease Diagnosis Mendelian receives over €570k for its rare disease diagnostics by Innovate UK We are part of Start Alliance Berlin Digital Health