Our commitment to improving the diagnostic odyssey for those affected by rare diseases goes beyond our diagnostic applications, with our disease education blog series we hope to raise awareness and understanding.

The second in our RARE 101 series – Systemic Amyloidosis 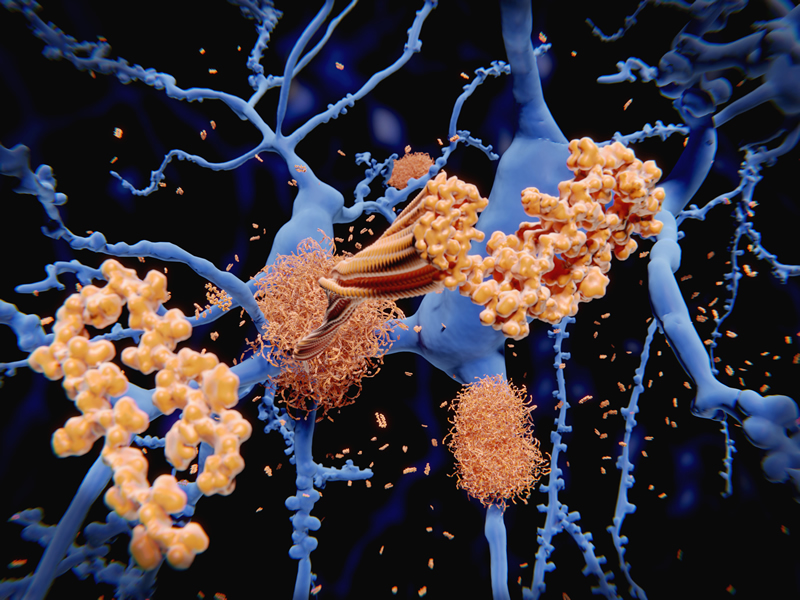 Amyloidosis is a rare disease, caused when certain proteins misfold causing abnormal deposition and accumulation of amyloid fibrils in the tissue, systems and organs of the body. It may be systemic or localised.

What are Amyloid Fibrils?

Amyloid fibrils are protein fibres which are formed when normal soluble body proteins become insoluble, clump together and remain in the tissue instead of being safely flushed away. The aggregated fibrils cause amyloid deposits which accumulate within tissue, systems and organs disrupting their structure and function. There are 30 known proteins that can cause amyloid deposits.

Organs that may be affected by Amyloidosis

Amyloidosis is usually systemic meaning that it may affect many of the bodies organs and systems. Organs that may be affected by systemic amyloidosis include the liver, spleen, kidneys and heart as well as the nervous system, blood vessels, eyes, tongue, skin, the gut and bones and joints.

The complex nature of amyloidosis and the fact that it can mimic other conditions make it very difficult to diagnose. One condition that it is sometimes mistaken for is Multiple Myeloma. Belonging to a group of conditions called Monoclonal Gammopathy, multiple myeloma is a cancerous condition.

Whilst the same cells that cause multiple myeloma can cause amyloidosis, in the case of amyloidosis they no not replicate out of control and invade other areas (as in multiple myeloma) but simply produce the abnormal insoluble protein that forms the amyloid fibrils.

There are several different types of both non-hereditary and hereditary systemic amyloidosis. In this blog we are taking a closer look at Hereditary ATTR. For more information on other types of Amyloidosis please follow the links.

Previously known as primary amyloidosis, AL is currently the most common type of amyloidosis in developed countries. Patients with AL amyloidosis have an underlying disorder which is the cause of an overproduction of amyloidogenic proteins. Left untreated survival rates may be lower than one year.

Previously known as secondary amyloidosis, AA can appear in patients who have experienced chronic inflammatory or infectious diseases over a prolonged period.

Rare hereditary genetic disease, affecting people with mutations in their gene for fibrinogen. Fibrinogen is a normal blood protein present in us all that is made exclusively by the liver and is essential for blood clotting.

Hereditary lysozyme amyloidosis was first described by Professor Sir Mark Pepys and colleagues in 1993. A mutation in the lysozyme gene is responsible for the amyloid fibril protein in amyloid deposits.

In the case of ATTR amyloidosis the amyloid deposits are made from a protein called transthyretin (TTR) and may be hereditary or non-hereditary.

Also known as Wild-Type (ATTRwt) affects the elderly (mostly males) and progresses slowly. It is caused when normal ‘wild-type’ TTR proteins misfold and form the amyloid deposits. The main clinical effect of this type of amyloidosis is in the heart, with some cases affecting peripheral neuropathy and causing carpel tunnel syndrome. More on ATTRwt

Hereditary ATTR Amyloidosis is the most commonly recognised form of hereditary amyloidosis. Genetic mutations in the TTR gene cause patients to produce abnormal amyloidogenic TTR throughout their lives. The abnormal TTR protein causes the amyloid deposits to form and build up causing clinical disease mainly in the heart, nerves and in some cases the kidneys, eyes, ligaments and tendons. Over 150 different amyloidogenic variants (mutations) of TTR have been found to date.

Onset of symptoms may occur at any age between early 20’s and 80’s however within families the pattern for age, clinical features and progression rate is usually consistent.

It is also thought to be more common but under-diagnosed in regions of Spain, France, Cyprus, Bulgaria, Ireland and Brazil.

How is Hereditary Amyloidosis Disease Diagnosed?

The systemic nature of amyloidosis with a wide spectrum of symptoms that vary from person to person result in amyloidosis being severely under-diagnosed. Doctors may suspect ATTR amyloidosis based on patients’ symptoms, through examination or based on family history. The following tests can be performed to confirm diagnosis.

Tissue Biopsy –a small sample of tissue is taken from the area that is suspected to have amyloid deposits and examined to identify the presence of amyloid fibrils.

Genetic Testing – is used to identify the amyloidogenic mutations in the TTR Gene. With different mutations leading to different types of disease this testing can provide information about the likely clinical direction.

Imaging Test – ECG (echocardiogram) DPD and Cardiac MR scans may be used to detect ATTR amyloid deposits. More can be found about these tests here.

What Treatments are available for ATTR Amyloidosis?

Treatments currently available to patients differ considerably but are all based on two principles:

There are a number of new drugs in various stages of development which are bringing much hope to the community.

Diflunisal is a drug belonging to the non-steroidal anti-inflammatory drug category. Diflunisal is bound by TTR in the blood which is presumed to make the TTR less amyloidogenic. Trials are underway to assess the effectiveness on the progression of neuropathy and cardiomyopathy in patients with hereditary ATTR amyloidosis.

Tafamidis was developed specifically for hereditary ATTR amyloidosis. It is bound by TTR in the blood which is thought to stabilise the TTR making it less amyloidogenic. It was studied in patients with early neuropathy and slightly slower progression was shown in patients who were given the drug and it was approved for use in Europe for polyneuropathy caused by ATTR amyloidosis. However, as the evidence is not strong, it has not been approved by the FDA and is not available on the NHS. However, a new study using tafamidis to treat transthyretin amyloid cardiomyopathy (currently untreatable) has shown promising results. Read more about this study here.

Patisiran belongs to a class of drugs called small interfering RNA (siRNA) drugs. This type of gene therapy is known as ‘gene silencing’. The drug is not intended to repair the faulty TTR gene, rather, ‘silence’ its effects by interfering with TTR production in the liver cells. The Apollo trial is a multi-centre, randomised, double-blind, placebo-controlled, phase 3 trial.

IONIS TTR Rx is one of a class of drugs called antisense oligonucleotides which is also a type of gene therapy known as ‘gene silencing’. The purpose of the trial is to determine whether IONIS TTR Rx can slow or stop the nerve damage caused by ATTR deposits in patients with Familial Amyloid Polyneuropathy.

Invented by Sir Mark Pepys, founder of the Centre for Amyloidosis and Acute Phase Proteins and the National Amyloidosis Centre, miridesap was licensed to GlaxoSmithKline in 2009. Designed to remove the normal blood protein serum amyloid P component (SAP) which is also present in amyloid deposits it was hoped that the removal of SAP would allow the body to remove the amyloid deposits of its own accord. The humanised version of the drug dezamizumab is now in clinical trials with very promising early results.

The National Amyloidosis Centre (the NAC) is part of the University College London (UCL) and is situated at the Royal Free Hospital in Hampstead, London. The NAC has been at the cutting edge of treatment and research for over 25 years. Since 1999 the NAC has been responsible for the UK national caseload of amyloidosis and is a highly specialised NHS clinical service funded by NHS England.

You can also check the following sites focused on creating support communities around amyloidosis:


If you liked this article maybe you will also find interesting the following in-depth articles about other rare diseases, like A Day In The Life Of...Dr Pradeep Ravichandran Speaker Series - Behçet's Disease Mendelian & Modality NHS Partnership