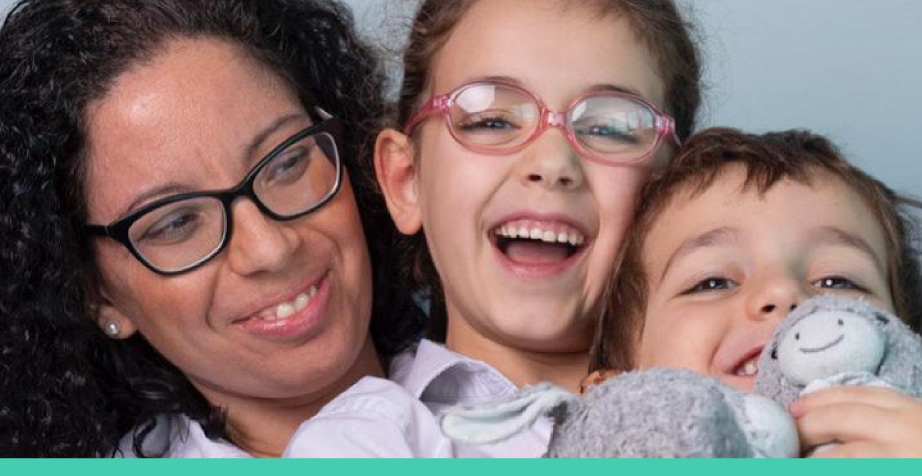 In this month’s speaker series, we spoke with Silvia Cerolini, mum to Vicky, who was born with Leber Congenital Amaurosis (LCA), a rare disease causing congenital blindness. Silvia founded Through Vicky’s Eyes, and is passionate about raising awareness on this rare – and as yet incurable – condition. Silvia spoke to us about Vicky’s experiences in her early years growing up with LCA, the challenges children such as Vicky face in their diagnostic odysseys, and the importance of patient advocacy in helping find treatments for rare diseases.

LCA is an inherited retinal degeneration (IRD) affecting 2 to 3 per 100,000 newborns. It is among the most severe forms of IRD, often causing severe vision loss in the first year of a child’s life and near total-blindness by the time they’re a teenager. There are thought to be 25 genetic mutations responsible for causing LCA, of which Vicky’s type – the RDH12 gene – accounts for about 10%. There isn’t currently a cure for LCA, although in 2018 the FDA approved the first ever genetic therapy for the LCA RPE65 mutation. 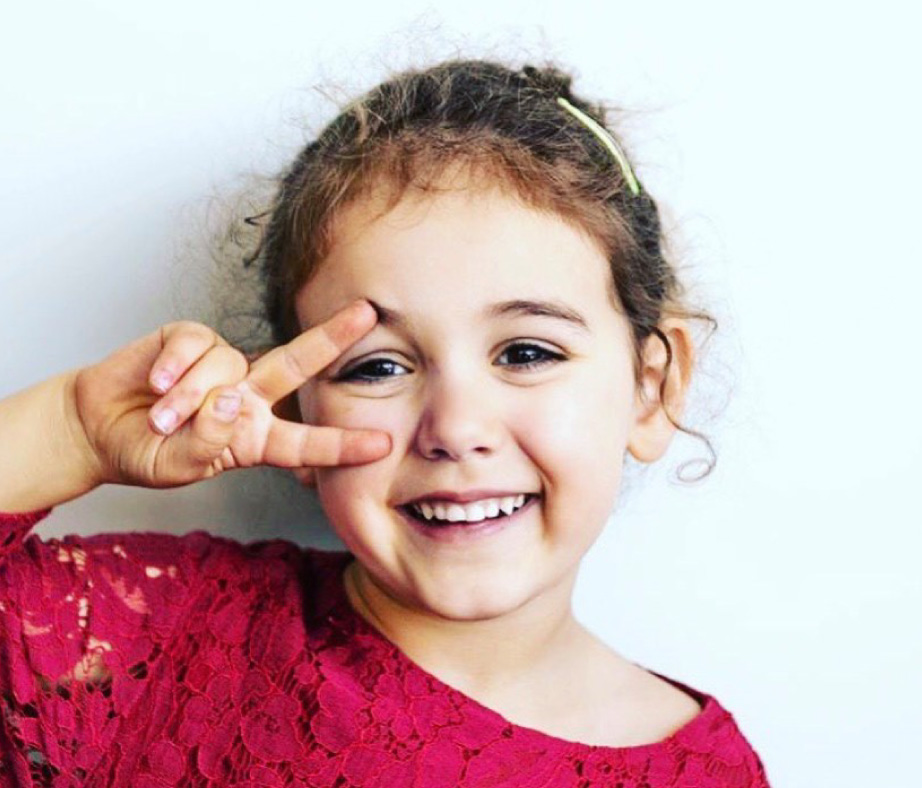 Silvia is quick to acknowledge that whilst for many, rare disease diagnosis represents a minefield bedevilled by frequent misdiagnoses, lengthy delays in seeing the correct specialist, and ineffective treatments, her own experience with Vicky was relatively more straightforward. At age 2, she began to notice that Vicky’s gaze would flicker inexplicably (called nystagmus, as she’d later be told) and she’d bump into things in the corner of her vision. She took Vicky to see the GP, who in turn referred her to the ophthalmologists. They were worried she may have had a tumour and sent her to have an MRI scan, and when that returned normal, it was arranged for Vicky to have an electroretinogram (ERG). The ERG showed the characteristic flat trace seen in IRDs, after which Vicky had a sample of blood sent to the genetics lab in Manchester. Two months later, the results were in. Vicky had LCA RDH12.

Silvia is aware that for many patients and their families, receiving a diagnosis is far less straightforward. Some fall through rabbit hole after rabbit hole of incorrect diagnoses and inappropriate referrals. For others, once labelled with the high-level diagnosis of ‘Retinitis Pigmentosa’ or ‘Inherited Retinal Degeneration’, it’s case closed. Such labels, whilst accurate, are of little explanatory value in determining what exactly can be done for these patients. 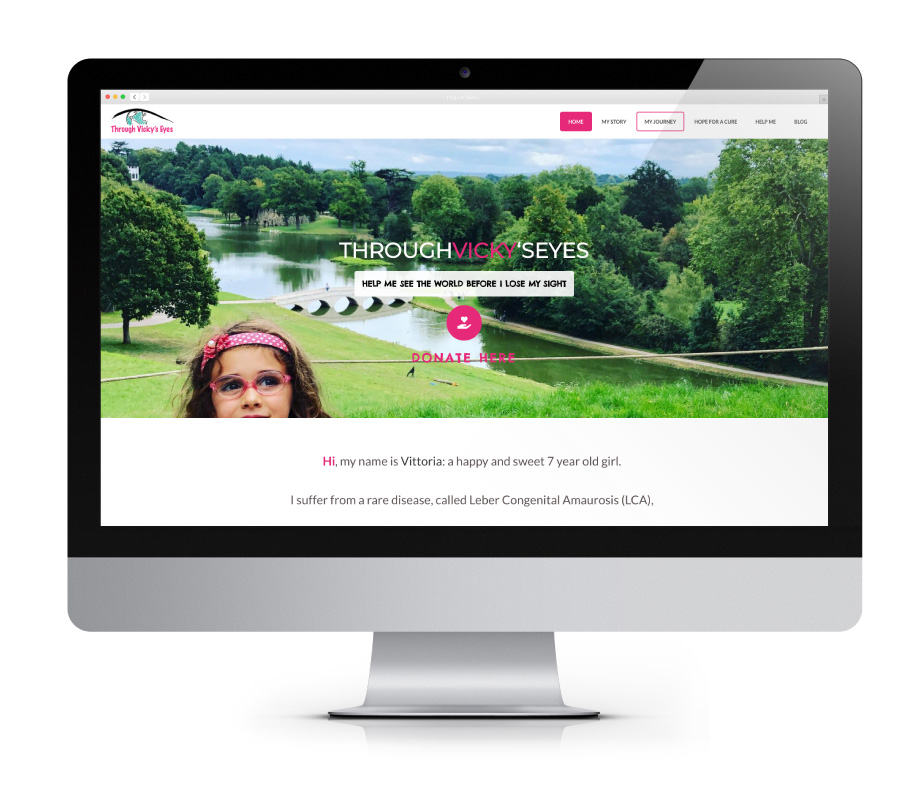 Silvia created Through Vicky’s Eyes, as well as the accompanying Facebook page, in order to raise awareness about Vicky’s condition and to raise money to help find a cure for LCA. Silvia’s determination comes across in abundance, and she’s published her work in high-impact ophthalmology journals, and was also invited to speak at the Association for Research and Vision in Opthalmology (ARVO) patient data course. In 2019, she worked closely with the Foundation Finding Blindness and RDH12 family to convene the first ever workshop on accelerating treatments in RDH12-associated IRD.

Speaking to Silvia, you quickly get a feel for how passionate she is about patient advocacy. As she memorably describes it, “the progress that patient advocates can make exceeds every imagination”. All too often patients get lost in the ‘layers of complexity’, and in the case of ultra-rare diseases such as LCA, the voice of the patient is a key tool is driving forward the drug discovery agenda. She adds, in equal measure flippant and rueful, that once rare disease go through three rounds of clinical trials, there are barely any patients left to treat, meaning that such efforts are seldom commercially viable for pharmaceutical companies. To that end, Silvia is passionate about growing the RDH12 community. There are now over 100 families across the world, and she’s even travelled as far and wide as Shanghai to meet with communities in whom the prevalence of LCA is actually greater than in the western world. In 2020, the inaugural global patient day took place in London, with over fifty families from all over the world gathered together.

On her vision for the future, Silvia told us about exciting new gene therapy trials with Moorfields Eye Hospital and University College London, working alongside Professor Mariya Moosajee. Silvia is also optimistic about an ambitious, multicentre retrospective and prospective Natural History Study across the EU & US involving AI modelling, and is excited about the potential for drug repositioning for LCA. 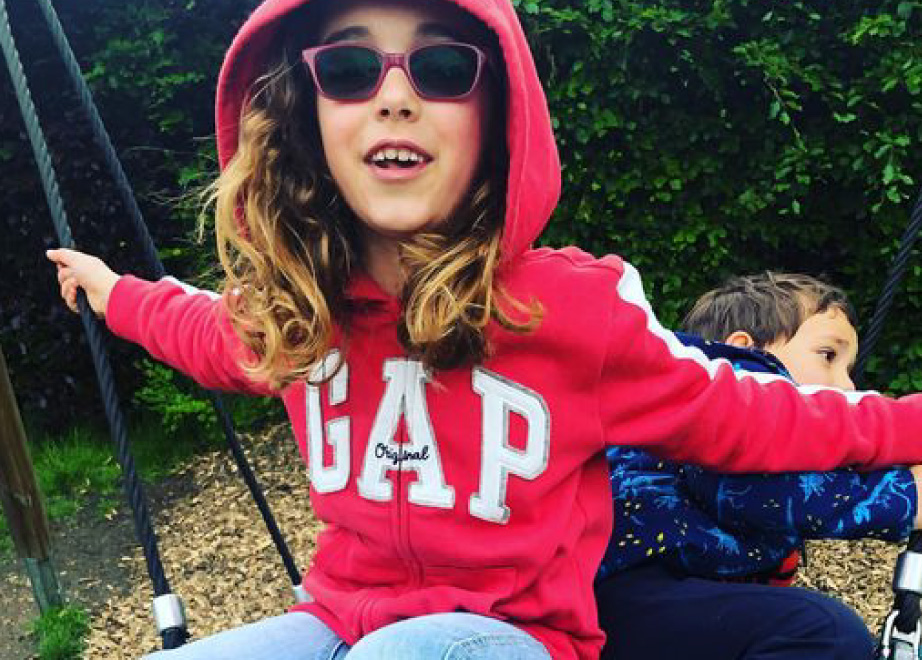 For all her involvement in research, the commercial sector, and patient advocacy, Silvia notes wryly that sometimes the biggest challenge is actually talking to her daughter about her condition. She recalls an exchange between Vicky and a schoolmate, when the latter asked her why she wore glasses. “They help me see better”, Vicky responded, “but one day, I won’t need them anymore”. Silvia does her best to be transparent and open with Vicky, even attempting to teach her daughter the basics of Mendelian inheritance (“does that mean I have one eye from you, and one from daddy?”). They’ve made adaptations around the house, such as optimising the lighting, using larger fonts, and are teaching Vicky to read in braille. Even so, the direct conversations about the future of her vision, are often the hardest.

Silvia is under no illusions that Vicky’s vision is unlikely to come back. Yet she’s also heartened by the fact that the condition is very slow to progress (Vicky’s sight has remained largely unchanged for the last four years), hopefully buying her – and others like her – the time to find treatments that arrest the vision loss. “If I could only stop the disease progression, and keep the sight that she has… I’d be the happiest mother”.

To connect with Silvia, you can reach out to her on LinkedIn.

To find out more about Vicky and LCA, head to the Through Vicky’s Eyes website.


If you liked this article maybe you will also find interesting the following in-depth articles about other rare diseases, like A Day In The Life Of...Holly Ward 10 million patient-disease scans: 5 lessons we’ve learned